The Public Policy Lab is led by our Director and Graduate Assistant Director. Fellows receive grant-writing support from CLA’s Office of Research. 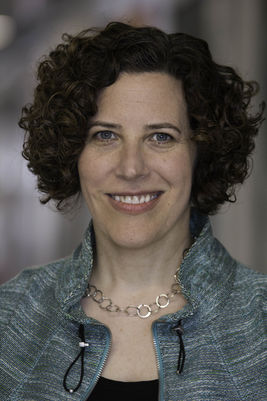 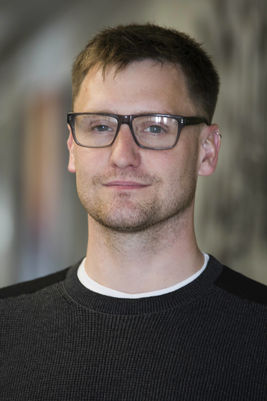 The Public Policy Lab is honored to announce our 2020-2021 Cohort of Fellows. Grace Fay Cooper is a PhD Candidate in the Department of Anthropology and a Graduate Research Assistant at the Institute on Disabilities at Temple University. Her research interests include linguistic anthropology, medical anthropology, disability studies, immigration, and health care.

Project Statement My project is an ethnography of the intersections of immigration processes and healthcare policies as they manifest in the everyday experiences of uninsurable LatinX immigrant patients, members of the medical community, and immigration activists in Philadelphia. This research investigates how federal, state, and local policies that increasingly restrict and police the movement of immigrants (particularly those without naturalized citizenship status) also intercedes with medical professionals capacity to provide care for uninsurable LatinX patients in a self-identified “Welcoming City.” My project contributes to policy work, discourse, and debate at the institutional, municipal, state, and federal level by offering a unique, longitudinal, and underrepresented perspective developed over an extended period of observation and participation in lived experiences of the enforcement of immigration policies, processes of immigration, practices of medicine, and communicative networking of care. In collaboration with the Public Policy Lab, my project facilitates collaboration between Temple University and other local partners working to reduce inequity in medicine, redesign systems of access to healthcare, and ratify the sociopolitical position of vulnerable patient populations in Philadelphia. Thomas McKeon is a PhD Student in the Department of Geography and Urban Studies at Temple University. His research focuses on understanding the effects of environmental exposures on population health.

Project Statement In recent years the legalization of recreational marijuana has expanded across states. This growth may lead to increasing marijuana use and, consequently, increasing marijuana-related substance use disorder. The newness of state-level recreational marijuana legalization (RML) has made nationally representative surveys on cannabis use available for novel analysis in comparing RML and non-RML states. The purpose of this research is to investigate whether the gap, or “unmet need,” between the prevalence of marijuana dependence and marijuana substance use disorder treatment increased following RML. Longitudinal data made publicly available allow for the operationalization of a difference-in-differences methodology to assess an emerging unmet public health need in addressing marijuana substance use disorder. Dr. Jeremy Mennis is Professor and Undergraduate Chair in the Department of Geography and Urban Studies at Temple University. Dr. Mennis’s area of expertise is geographic information systems (GIS) and science and its application to public health, population, and environment.

Project Statement Recreational marijuana legalization (RML) in the U.S. represents a seismic shift in drug policy from previous decades. Of particular public health concern is the impact of RML on marijuana use among adolescents and young adults, which may affect brain development, social functioning, and mental health, and can lead to cannabis use disorder (CUD). Marijuana advertising, the ease of acquiring marijuana, and the public acceptance of marijuana in RML states can serve as triggers for those with CUD that make abstinence from use difficult and enhance the likelihood of relapse. This research investigates whether RML in the U.S. is associated with an increase in youth and young adult readmission to treatment for marijuana. The study focuses on Colorado and Washington, the first U.S. states to enact RML, in late 2012, which thus provide the longest post-RML time period of all U.S. states. Naida Elena Montes is a PhD Student in the Department of Geography and Urban Studies at Temple University. Her research interests include environmental justice, community development and the connections between housing and health.

Project Statement Many of Philadelphia’s low-income residents live in neighborhoods often exposed to environmental injustices because of neighborhood disinvestment and social determinants that also result in poor housing quality with potential exposures to toxicities such as led and mold. This research places the home within the discourse of the Environmental Justice Movement, arguing for the housing structure as an essential geography of health directly influenced by socially constructed environmental inequities. Examining the house context as an essential and underlying geography, theoretically positions the home as a critical and intersectional space of health, where the impact of social environmental inequities are experienced individually and interpersonally within. Further examining the intersectionality of housing and stress for lower to middle-income working-class families could provide a lens for understanding power dynamics and the particular forms of structural inequalities and identities that are more salient in certain communities. The research seeks to amplify resident voices around the housing environment as it relates to the discourse of environmental injustices that directly affect human health. As a part of this research, working with Dr. Christina Rosan, we are examining environmental justice in urban settings to support the mobilizing of residents in becoming more active and effective in neighborhood decision-making, particularly around urban planning.

Ariel Natalo-Lifton is a PhD. candidate in the Department of History at Temple University. Her research focuses on women in the United States military throughout the twentieth century.

Project Statement As the Vietnam War extended into the 1970s, concerns arose in Washington about the decreased number of men enlisting in the armed services. Conscription kept the ranks full temporarily, but the draft’s end precipitated a crisis. Due to the increased need for humanpower, the military broke with precedent and disbanded its female auxiliary organizations, admitting women as full-fledged members. This project explores the first twenty years of women’s service after integration, beginning in 1972 (the year that the last draft orders were issued) until 1992 (just after the Gulf War) to examine the experiences of American women in uniform and how they affected a gendered military structure. In doing so, it argues that servicewomen were both seen as both “ladies” and “brothers.” It will explore how these contradictory identities affected women’s military experiences. Dr. Christina Rosan is Associate Professor in the Department of Geography and Urban Studies at Temple University. Dr. Rosan is particularly interested in how we make cities more sustainable and just.

Project Statement Many of Philadelphia’s low-income residents live in neighborhoods that lack park access, playgrounds at school, tree canopy cover, and grocery stores. These same neighborhoods often expose residents to environmental injustices because of poor housing quality with potential lead and mold exposure, inefficient and ineffective heating and cooling in homes, indoor air pollution, litter, illegal dumping, unregulated industrial uses, unmonitored construction sites, vacant buildings, brownfields, broken sidewalks and other pedestrian hazards, and underperforming schools with aging buildings. Some low-income neighborhoods are now also facing the dual challenge of feeling the pressures of gentrification and rising taxes and rents. There is also a need for large investments to maintain and upgrade the City’s aging urban infrastructure, particularly in disadvantaged neighborhoods where we anticipate that the effects of urban heat islands and other climate change related environmental challenges will be more extreme. This research seeks to amplify resident voices in urban environmental decision-making, particularly around future land use and climate change adaptation. Purple Air monitors are a low-cost air monitor that can give people more information about their local air quality. As a part of this research, working with the Clean Air Council and the Village of Arts and Humanities, we are examining whether having access to more localized air pollution data and playing a role in data collection makes residents more likely to act with regards to environmental hazards in their neighborhoods. We are interested in whether Digital Storytelling and StoryMaps can be an important mobilizing tool that will help residents become more active and effective in neighborhood decision-making, particularly around urban planning and land use redevelopment decisions. Dr. Michael Sances is Assistant Professor in the Department of Political Science at Temple University. Dr. Sances’s research examines the links between electoral institutions and policy outcomes, including in the areas of property taxation, health care, and criminal justice.

Project Statement The United States is the only country that elects its prosecutors. Many claim electoral incentives led past prosecutors to become “tough on crime,” winning convictions at any cost and imposing the harshest sentences possible. More recently, citizens in some cities have used elections to push current and future prosecutors to reduce incarceration. My project investigates the causes and consequences of the recent rise in reformer prosecutors, studying prosecutor elections in the 20 largest jurisdictions. First, I will classify candidates for the office as reformers or not. Second, I will examine the causes of reformist candidates running and winning. Third, I will examine the political consequences of reformist victories, specifically in the form of responses from conservative state and federal officials. Findings will shed light on the connection between political institutions and criminal justice outcomes. Dr. Bryant Simon is Professor in the Department of History and Global Studies at Temple University. Dr. Simon is the author of four books and several edited collections. His work explores the broad and deeply connected histories of food, labor, region, politics, place, and power in the long twentieth century in the United States. He currently serves as the President of the Southern Labor Studies Association and as the co-chair of the Program Committee for the Urban History Association.

Project Statement My research project, “Protected Spaces: The Rise and Fall of the Public Bathroom in the United States,” looks at the long history of the public bathroom beginning in the Progressive Era and ending with fights over trans existences to these places in recent years. It is a story of technology and the built environment, boundary making and activism, but above all, it is about policy, about how policy turns individual bodies into steadfast categories and abstract space into sites of citizenship and how these dynamics change over time. Eva Weiss is a PhD candidate in the Department of Anthropology at Temple University. Her research centers on the delocalization and privatization of immigration governance and the lived experiences of people with nonimmigrant status, such as international students and workers.

Project Statement My research examines the nonimmigrant to immigrant adjustment process, a complex legal rite of passage in which non-state actors craft, administer, and enact local policies and narratives that render legal, national citizenship accessible to individuals otherwise prohibited from immigrating. This ethnography documents how shifts in federal immigration regulation shape how street-level bureaucrats interpret the malleability of the law to develop formal and informal policies to maximize international students' work authorization periods and employment opportunities to ultimately adjudicate national citizenship. Examination of these processes sheds light on the social, legal, and market incorporation of noncitizens and troubles the binary between legality and illegality. Dr. Celeste Winston is Assistant Professor in the Department of Geography and Urban Studies at Temple University. Dr. Winston’s research focuses on the social and environmental impacts of prisons in their immediate contexts and the interconnected criminal justice policies and practices that shape the places where incarcerated people come from.

Project Statement Commonly referred to as the "prison nation," the United States confines people at a higher rate than any other country in the world. Most incarcerated people come from cities and are held in state prisons, many of which are located in rural areas where prisons are touted as a growth industry. Research has shown, however, that prisons routinely fail to deliver economic benefits promised to rural towns such as employment growth, increased retail sales, and increased incomes. Prisons also expose people confined within them and living in their surroundings to a multitude of health and social issues. My research project will demonstrate the harmful impacts of the Pennsylvania State Prison system on rural and urban landscapes and populations using digital maps, photographs, experiential narratives, and analysis of criminal justice policies. My project seeks to advance policymaking focused on reducing and ending mass incarceration in the United States through an urban-rural continuum approach.

The Public Policy Lab is grateful to our Advisory Board for advancing PPL’s mission and vision.